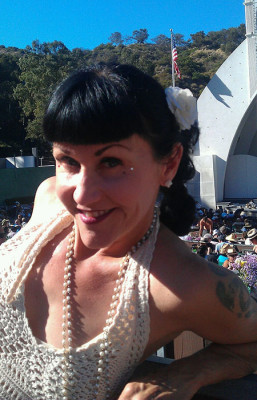 Gere Fennelly is a classically-trained pianist that has spent equal parts of her career as rock star, cult phenomenon, church organist, studio musician, composer and piano teacher. Spending her teens as a rock star in Japan (with the band ROX), she then went on to become the toast of San Francisco, flooring people with her sophisticated, yet outrageously flamboyant performances.

Gere has spent her life writing, performing and spreading her love of music. She has been a church organist since the age of ten, and has held music department staff positions at prestigious institutions like Harvard-Westlake and the Colburn School.

As a performer she has covered many genres including rock opera with the long running theatrical performance of Rock Justice; hard rock with Rox; progressive metal with Anvil Chorus; goth rock with Specimen; pop rock with Gina Shock of the Go-Go’s; blues with Kathy Valentine of the Go-Go’s all girl blues band The Bluebonnets; pop/soul with Bonnie Hayes; jazz/lounge in a collaboration with Laura Milligan known as “Millie Fenellie”; punk/glam with The White Trash Debutantes; psycho/loungepop with infamous rollerblading madman Joey Cheesy; and most famously, punk rock/power pop with LA’s own immortal Redd Kross.

Gere was a member of Redd Kross for seven years, and played on eight of their albums and EP’s including the critically-acclaimed “Phaseshifter” album, which included the hit songs “Jimmy’s Fantasy” and “Lady in the Front Row.” During this time she toured North America and Europe numerous times, playing before as many as 80,000 people at the Reading Festival in England. She also played with Redd Kross on the Tonight Show with Jay Leno, The Conan O’Brian Show, Mtv’s The John Stewart Show, and was on constant rotation on Mtv. 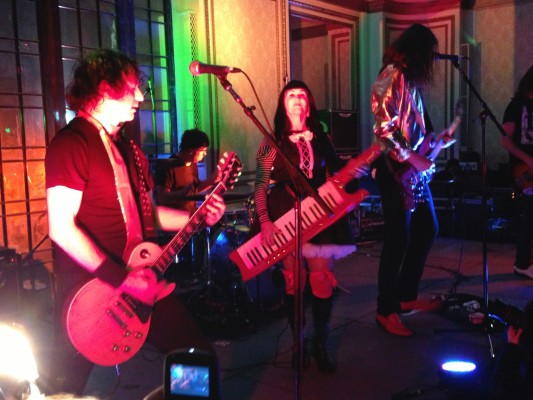 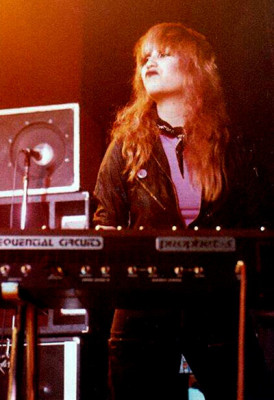 As a studio and live supporting musician, Gere has played with many popular artists like Joey Ramone and Lemmy Kilmeister; Weezer; Abby Travis; Patrick O’Hearn; Deborah Iyall of Romeo Void; Rick Derringer; Joe Satriani; Mingo Lewis and many others.

But it is as a solo artist where Gere truly shines, playing world famous venues in Los Angeles and San Francisco like Largo, The Viper Room, The Filmore, The Waldorf, The Warfield, Slims, On Broadway and The Paradise Lounge; and opening for such motley acts as Jane’s Addiction, Tony Bennett, and Tenacious D.

Known as “her generation’s Liberace“, her style, ‘fabulous’ vibe and world-class keyboard skills have made her one of LA’s most sought after music teachers, studio musicians and production music composers.